The streets of San Francisco are remarkably clean and sparkling for such a large city: at least that is my first impression. But now as I walk through an area located off of prestigious Market St. called the Tenderloin, I am grateful for the brightness and relative protection of day. This neighborhood has somehow managed to evade the diligence of city street sweepers and it appears that even the trash cans are in revolt, refusing to accept the smallest of crumpled -up fast food wrappings. Tired looking people inhabit just about every doorway making entrance into these establishments a challenge both physically as well as psychologically. Do I step over, around, brush past and excuse myself to the seemingly comatose man blocking my way into the Ram’s Head Bar and Grill?

Every building in the Tenderloin is either a motel with rooms rented hourly and sometimes monthly, or a bar. The patrons are mostly users and abusers but with a slightly different twist. Transvestites, hookers and pushers serving the fringes of an already fringed sub-culture of the gay community. I have spent the best part of 3 months here conducting the investigation of a homicide that occurred over 6 years ago. It seems that almost all of my witnesses dropped out of sight immediately following the event. The first thing I had to do now was to find them. I had recently managed to track down one possible lead, a person named Alice. On the phone, Alice is articulate and tries to be helpful. She has helped me eliminate witnesses by verifying either their deaths or sudden disappearances. People here don’t leave forwarding addresses. The two attorneys on opposite sides of the case both want to meet and interview Alice in order to evaluate and establish her credibility. I meet the two 30-something white guys in three piece suits in the lobby of Alice’s motel.

We take the elevator slowly up to a smelly hallway on the fifth floor, find her apartment number and knock on the door. She yells for us to come in and we do, or try to. The room is maybe 9’ by 12’ and most of it occupied by a 300 lb. man in domestic drag, lounging on a twin bed. The remaining furniture in the apartment consists of one chair and a stool. I offer both of these to the guys while I stand in the corner of the room making formal introductions. Alice, whom I’ve never actually met before is everything I imagined. S/he expresses herself well, telling us exactly what we’ve come to hear. She is not the least bit self conscious about herself or her dwelling and as she had explained to me during an earlier phone conversation “at least I’m not on the streets.” She is a proud person, with a generous heart, a lot of guts and a great sense of humor. Considering her circumstances she treats us with graciousness, eloquence and charm. (A voice in my head tells me to imagine that every person in the world is enlightened, they are all your teachers, each doing just the right things to help you learn…). However, I can see that my attorney friends can’t wait to conclude this interview and abscond, which we do.

Back out on the street one of the guys says that he almost threw up in her apartment he was so disgusted. I thanked him for not doing so. The other one asked me whether or not I could get Alice, aka James, to dress up like a man for court. I shrug my shoulders and remind them that Alice has lived her life as a woman for over 30 years, and besides it’s not my job to tell witnesses how to dress.

As it turned out nobody asked Alice to change anything. Nonetheless, when she showed up for court on the day of the hearing she was wearing a three piece gentleman’s suit and could have passed as anybody’s attorney!

Something in the moment reminded me that acceptance is really just the ability to be present in your life, just as it is. 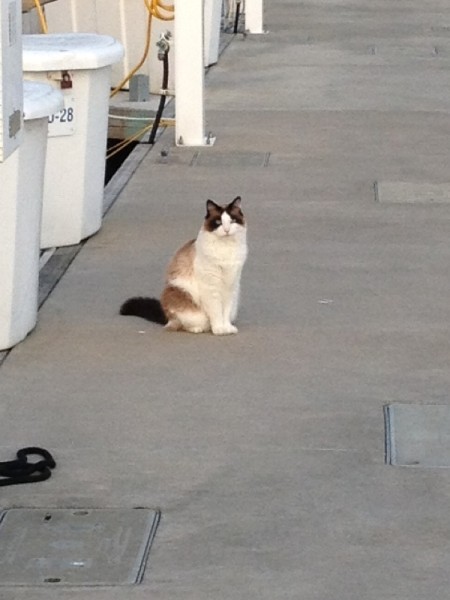